On Thursday we are organising the first Norwegian Championship of standstill at University of Oslo. This is part of the University’s Open Day, a day when potential new students can come and see what happens on campus.

Besides the competitive part, the championship is (of course) a great way to gather more data about how people stand still. The art of standing still is something that has been a great interest of mine for the last year or so, and I have been carrying out different types of smaller experiments to understand more about the micromovements observed when standing still.

For the championship we are not going down the route of asking people to stand still for as long as possible, as they do in the world record for motionlessness (the record is a little more than 30 hours). Rather, we will look at how still people can stand for 6 minutes, measured in the average speed of a motion capture marker placed on the head. The unofficial Norwegian record is 3.8 mm/s, and on Thursday we will see if anyone beats that.

The championship is open for everyone, so do come by if you are in Oslo on Thursday. The poster for the event can be seen below: 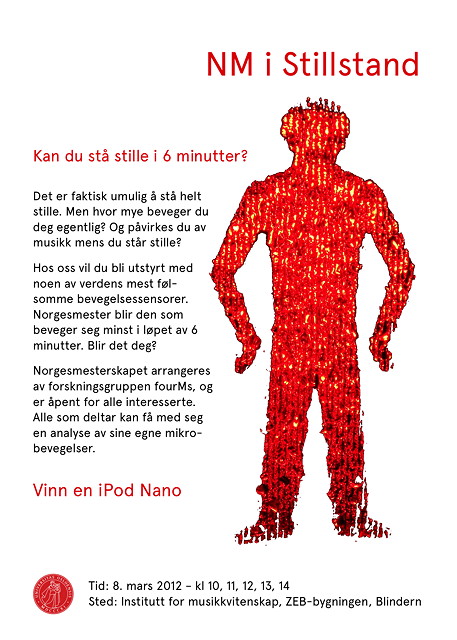