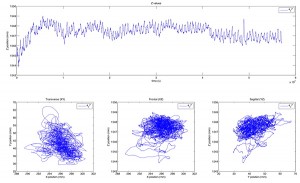 As mentioned previously (here and here), I have been doing some experiments on standing still in silence. One thing is to do it, another is to talk (or write) about it. Then I need to have words describing what I have been doing.

To start with the simple; the word silence seems to be quite clearly defined as the “lack of sound”, and is similar to the Norwegian word stillhet. There is also the broader concept of stille, which, in addition to quiet, also covers metaphorical uses of the term, e.g. calm, but I do not want to get into more trouble by using that word.

Things do not seem to be as simple when talking about the act of standing still. In Norwegian the word stillstand quite literally means “standing still”, and is clearly (and only?) describing the act of not moving. But what is the best English word to describe this? I don’t think the words inactive or immobile cover what I want to describe. So I have for the last few months used the word stillness to describe the act of standing still. However I have recently learned that this would be more of a metaphorical use of the word. For example, Wiktionary defines stillness as

and The Free Dictionary has an even broader definition:

This is also supported by the Oxford dictionary, which suggests that the adjective still means “not moving or making a sound”. Thus, stillness seems to be too broad for my needs.

On my search in the different dictionaries I have come to realise that the word standstill might be the obvious solution to my problem. I am mainly used to this word in the context of e.g. cars standing still, but it might work also for describing human standstill. A quick search on Google Scholar mainly reveals medical or engineering papers using the word standstill, but that does not mean that it cannot be used to describe lack of human motion. In fact, searching for “standstill biomechanics” gives more than 1000 hits.

So I think my best solution is to use the words silence and standstill to describe the lack of sound and motion, respectively, and to use stillness when referring to both.

Please let me know if you have other interpretations of these words.