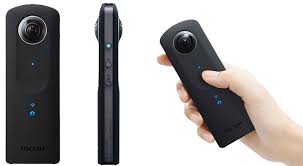 I am continuing my explorations of the great terminal-based video tool FFmpeg. Now I wanted to see if I could “flatten” a 360-degree video recorded with a Ricoh Theta camera. These cameras contain two fisheye lenses, capturing two 180-degree videos next to each other. This results in video files like the one I show a screenshot of below. 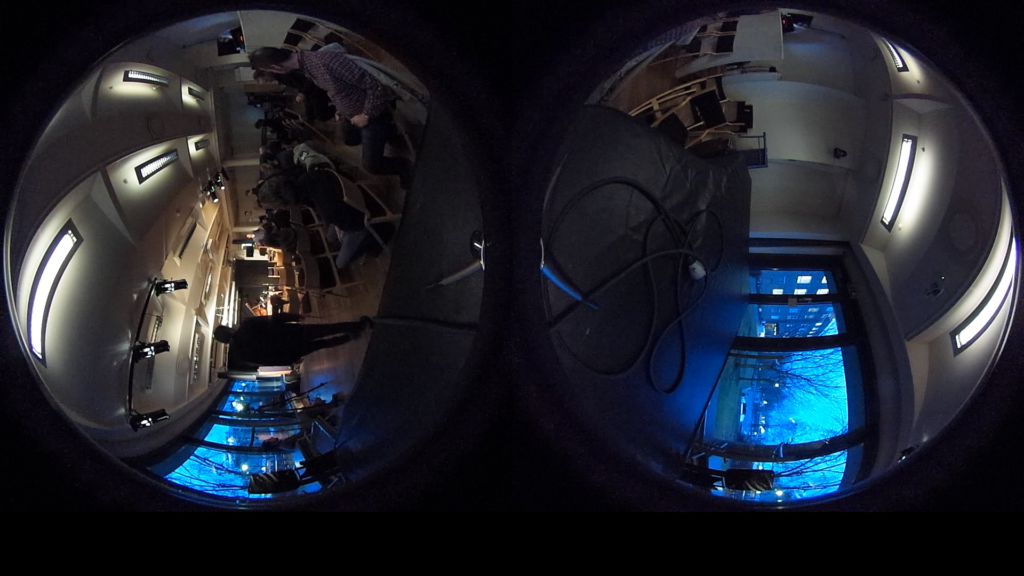 These files are not very useful to watch or work with, so we need to somehow “flatten” them into a more meaningful video file. I find it cumbersome to do this in the Ricoh mobile phone app, so I have been looking for a simple solution on my computer.

The FFmpeg developers are working on native support for various 360-degree video files. This is implemented in the filter v360, but since it is not in the stable version of FFmpeg yet, I decided to look for something that works right now. Then I came across this blog post, which shows how to do the flattening based on two so-called PGM files that contain information about how the video should be mapped:

The result is a flattened video file, as shown below: 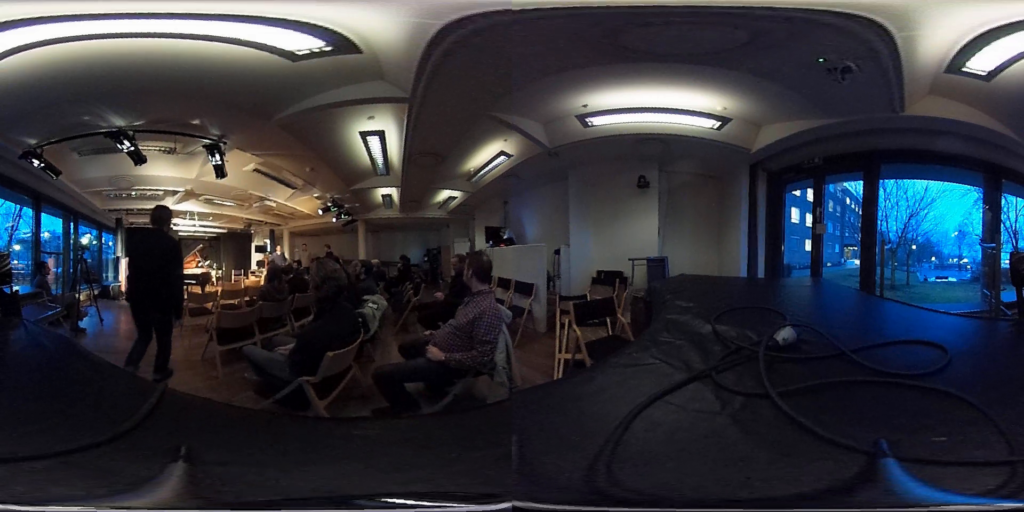 As for where to split up the video (it is a continuous 360-degree video, after all), I will have to investigate later.