I have never thought about how so-called plug-in-power microphones actually work. Over the years, I have used several of them for various applications, including small lavalier microphones for cameras and mobile phones. The nice thing about plug-and-play devices is that they are, well, plug and play. The challenge, however, is when they don’t work. Then it is time to figure out what is going on. This is the story of how I managed to use a Røde SmartLav+ lavalier microphone with a Zoom Q8 recorder. 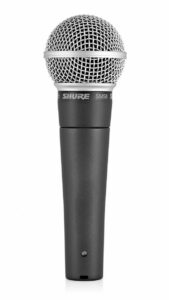 When speaking about large (normal) microphones, we typically differentiate between dynamic and condenser. The dynamic microphones generally are used for singing and talking and don’t require any power. You can plug them into a mixer or sound card, and they will work. Dynamic microphones are very versatile and are great in that they often don’t lead to much feedback. The downside to this is that they don’t pick up soft sounds very well, so you need to speak/sing directly into them to get a good signal. 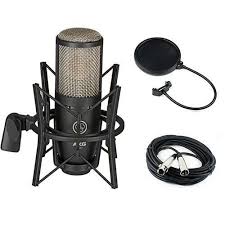 Condenser microphones are much more sensitive and allow for picking up more details than dynamic ones. However, to make them work, condenser microphones need to be supplied with 48-volt power, often called phantom power. Most mixers and sound cards can serve phantom power over an XLR connection, so it is usually no problem to get a good signal from a condenser microphone. Since there is only one connection type (XLR) and one type of power (48 volts), things are relatively straightforward (yes, I know, there are some exceptions here, but it holds for most cases).

As I have been doing more video recording and streaming over the last years, I have also gotten used to working with lavalier microphones. These are the tiny microphones you can place on your shirt to get a good sound quality when speaking on video. Over the years, I have been working with various microphones that come bundled as part of wireless packages. You have a transmitter to which you attach the microphone and a receiver to plug into your video camera. The transmitter and receiver run on batteries, but I have always thought that the power was used for the wireless transmission. Now I have learned that these microphones receive power from the transmitter. That is quite obvious when you think about it. After all, they pick up sound like a large condenser microphone. But I never really thought about them as powered microphones before.

I nowadays often use my mobile phone for quick and dirty video recordings. This works well for many things, and, as they say, the best camera is the one you bring with you. The sound, however, is less than optimal. I, therefore, wanted to use a lavalier microphone with my phone. Then the problems started.

It turns out that the world of lavalier microphones is much more complex than I would have imagined. To start with, there are numerousconnectors for such microphones, including minijack plugs of different sizes (2.5 and 3.5 mm) and several rings (TS, TRS and TRRS), mini-XLR plugs with a different number of pins (TA-, TA-4, TA-5), in addition to Hirose, LEMO, and so on. 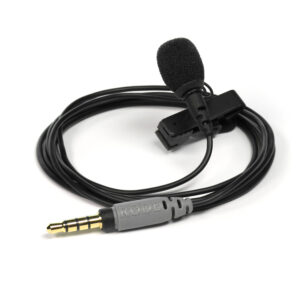 As I looked around my collection of lavalier microphones and the ones we have in the lab, none of them had a 3.5 mm minijack connector that I could plug straight into my phone (yes, I still have a minijack plug on my phone!). So I quickly gave up and looked around on the web. Many people recommended the Røde SmartLav+, so I decided to get one to try out.

I liked the SmartLav+ so much (a comparison with some other devices) that I bought another one, some extender cables, and a small adapter to connect two of them to my phone simultaneously. Voila, and I have a nice small kit for recording two people at a time. I have been using this to record many educational videos this last year, which has worked very well. So if you want a small, simple, and (comparably) cheap setup to improve audio on your mobile phone recordings, you should get something like this. I should say that I have no particular reason for recommending the Røde SmartLav+ over other ones. Now I see that many people also recommend Shure MVL, which is probably equally good.

Connecting the SmartLav+ to a GoPro camera

I had been using the SmartLav+ with my phone for a while when I decided to try it with a GoPro 8. With the MediaMod accessory, it is possible to connect a microphone with a minijack plug. But plugging in the SmartLav+ does not work. This was when I started thinking more about the fact that the SmartLav+ has a so-called TRRS plug (as opposed to TRS and TS plugs).

In many consumer products, these three types are used for mono signals, stereo signals, and headsets (mono microphone + stereo output), respectively (although things are not always that easy). 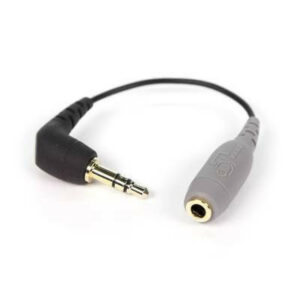 To work with regular audio input (on the GoPro), the SmartLav+ signal needs to be converted from TRRS to TRS. Fortunately, there are adaptors for this, and it turned out that I had a few lying around in my office. I still decided to buy a Røde SC3 because it has a grey colour on the TRRS side, making it easier to see the connector type.

When I plugged in the microphone (with adaptor) to the GoPro, it worked nicely right out of the box. I, therefore, didn’t think much about the need to power the microphone. I have later learned from DC Rainmaker that the GoPro has a setting for choosing between different types of microphone inputs:

The list above says that the GoPro defaults to non-powered mics, but my camera defaults to plug-in-power. They might have changed things along the way.

Connecting the SmartLav+ to a Zoom Q8 recorder

When I tried to connect the SmartLav+ to a Zoom Q8 recorder, I started having problems. First, I connected with a minijack-to-jack adaptor (with the TRRS-TRS adaptor in between). This resulted in no sound input on the Q8. I then switched to an XLR adaptor, but still no sound. I then took out a dynamic microphone to check that the Q8 input worked.

Embarrassments aside, I am primarily interested in finding a solution to my problem. How do I connect the SmartLav+, or any other powered minijack-microphone, with a sound recorder?

It turned out that Røde has a solution to the problem in the form of the minijack-to-XLR adapter VXLR+. This is not just a passive device converting from one to another (I already had some of those lying around). No, this one actually converts the 48-volt power coming from the XLR cable to the 2.7 volts required by the SmartLav+. To complicate things, the adapter takes a TRS minijack as input, so it is also necessary to add the TRRS-TRS adapter in between. So after hooking it all up and turning on phantom power, I now finally have a loud and clear sound on the Q8. The sound is not as good as with microphones like the DPA 4060, of course, but not bad for voice recordings.

One of the reasons I wanted to connect the SmartLav+ to the Zoom recorder in the first place was to have a simple and portable setup for recording conversations with multiple people (4-8). Of course, I could set up an omnidirectional microphone or a stereo pair, but that wouldn’t give the type of intimate sound that I am looking for. I could always set up many large microphones on stands in the lab, but that is not a very portable solution. So I was thinking about possibly connecting multiple lavalier microphones to a multichannel sound recorder instead. Now, I have found that this could work well. For example, a Zoom H8 with many lavalier microphones could be a portable setup. However while searching for such a setup, a different solution came to my attention.

Given that more and more people are using lavalier microphones these days, I was curious about the market for minijack-based mixers. Strangely enough, there aren’t many around and none from the big manufacturers. But one mixer seemed to pop up in various webshops: Just MIC IV by Maker Hart. It features four minijack inputs, and, most importantly, it can provide power to the microphones, and it can give both 48v and 1.5v. 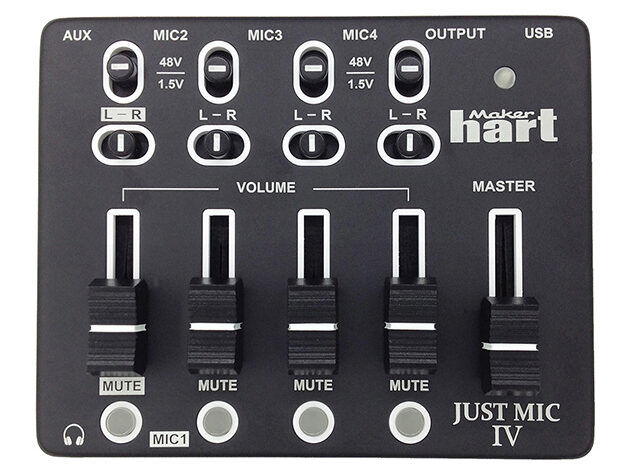 This mixer looked like the perfect solution for my needs, so I decided to try it. After playing with it for a little while, I have found it almost exactly what I need. The functionality is excellent. It supplies power to the microphones, and they should ideally get 2.7v, but the 1.5v provided from the mixer seems to work fine. The panning is a rudimentary left-middle-right switch, which is not ideal but can place people in a stereo image. It only has a 2-channel output, so there is no multichannel recording here. But it will suffice for quick recordings of four people.

The biggest problem with the Just MIC IV is that it picks up electric disturbances very easily. I often get an annoying buzz when connecting it to a wall socket. So I have ended up running it from a USB battery pack instead. Not ideal, but better than nothing.

After searching and testing, I now know a lot more about lavalier microphones, different minijack configurations, and interfacing possibilities. I still do not have an optimal solution for my needs but am getting closer. Given that so many people are getting into sound recording these days, from podcasts to teaching, I think there is a potential market here for easy to use solutions. Products like the SmartLav+ have made making good audio recordings on a mobile phone much more effortless. I wish there were a decent small and simple mixer for such microphones. The Just MIC IV is almost there but is too noisy. Any company out there that can make a small, solid, high-quality 8-channel mini-mixer?

Update 22 February 2022: A blog reader told me that the Griffin iMic has plug-in power. Other such “dongle soundcards” may do the same, although I cannot point to any other specific brands. This is interesting for those who want to use such microphones with laptops that do not provide plug-in power through the minijack port.