Yesterday, PhD fellow Mojtaba Karbassi presented his research on impedance control in robotic drumming at RITMO. I will surely get back to discussing more of his research later. Today, I wanted to share the analysis of one of the videos he showed. Mojtaba is working on developing a robot that can play a double stroke drum roll. To explain what this is, he showed this video he had found online, made by John Wooton:

The double stroke roll is a standard technique for drummers, but not everyone manages to perform it as evenly as in this example. I was eager to have a look at the actions in a little more detail. We are currently beta-testing the next release of the Musical Gestures Toolbox for Python, so I thought this video would be a nice test case.

I started the analysis by extracting the part of the video where he is showing the complete drum roll. Next, I generated a motion video of this segment:

This is already fascinating to look at. Since the background is removed, only the motion is visible. Obviously, the framerate of the video is not able to capture the speed that he plays with. I was therefore curious about the level of detail I could achieve in the further analysis.

Before delving into the visualization of the video file, I made a spectrogram of the sound: 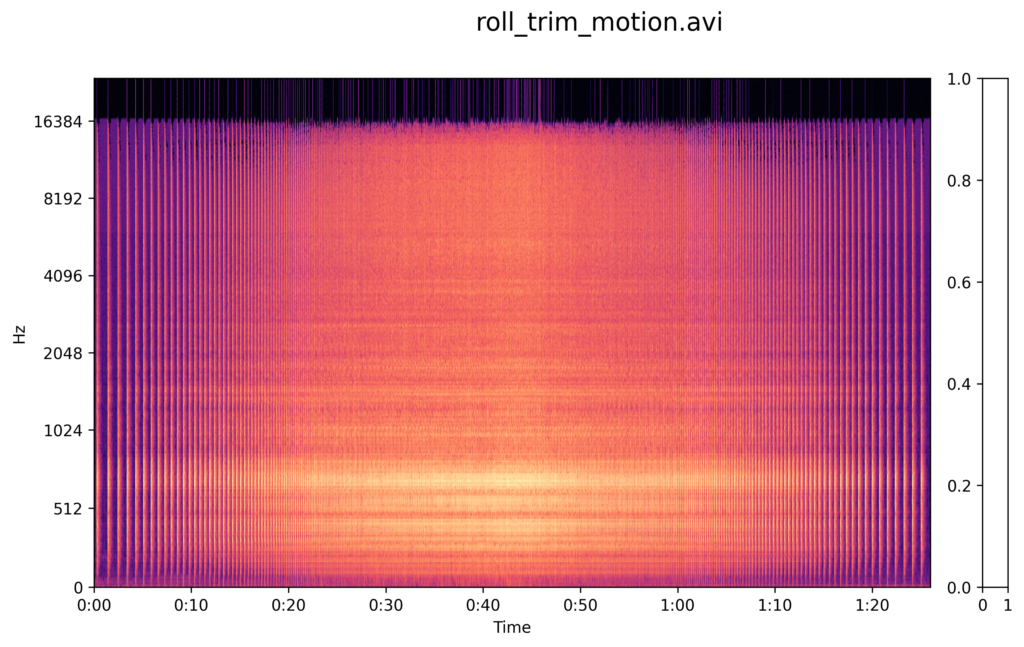 If you are used to looking at spectrograms, you can quite clearly see the change in frequency as the drummer is speeding up and then slowing down again. However, a tempogram of the audio is even clearer: 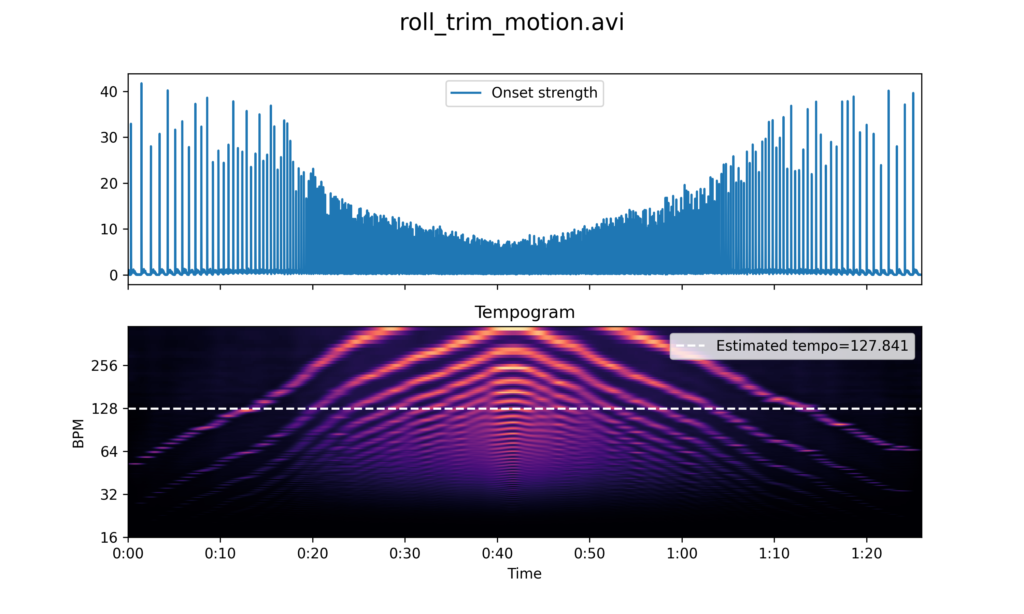 Here you can really see the change in both the frequency and the onset strength. The audio is sampled at a much higher frequency (44.1 kHz) than the video (25 fps). Is it possible to see some of the same effects in the motion?

I then moved on to create a motiongram of the video:

There are two problems with this motiongram. First, the recording is composed of alternating shots from two different camera angles. These changes between shots can clearly be seen in the motiongram (marked with Camera 1 and 2). Second, this horizontal motiongram only reveals the vertical motion in the video image. Since we are here averaging over each row in the image, the motiongram shows both the left and right-hand motion. For such a recording, it is, therefore, more relevant to look at the vertical motiongram, which shows the horizontal motion: 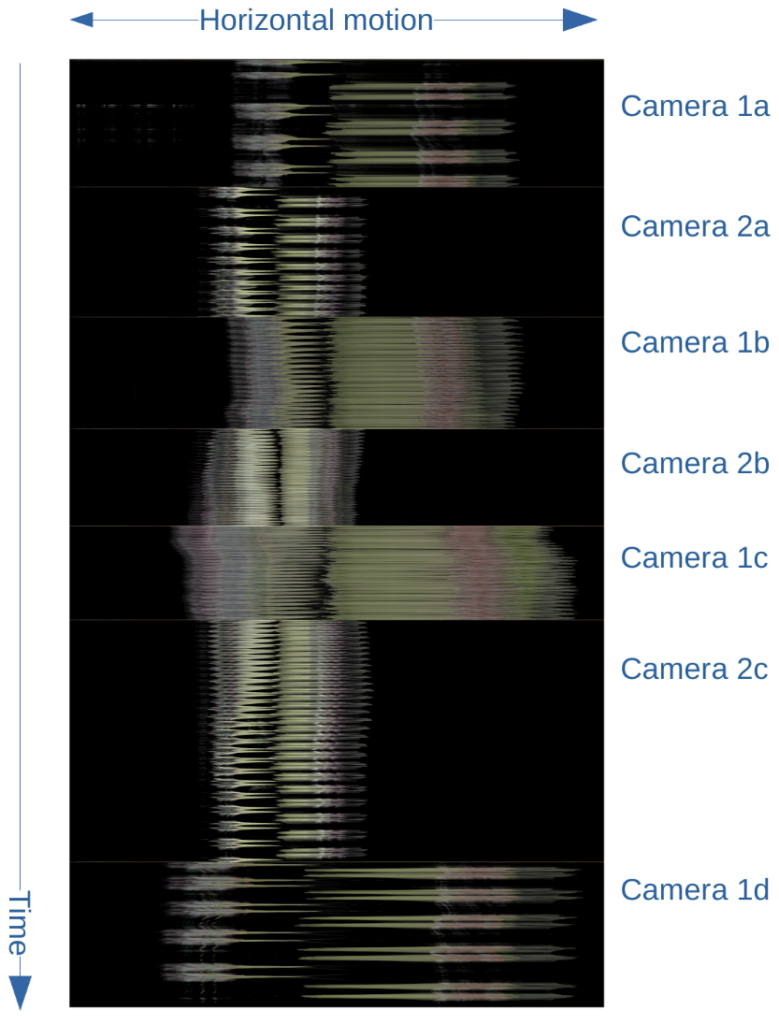 In this motiongram, we can more clearly see the patterns of each hand. Still, we have the problem of the alternating shots. If we “zoom” in on the part called Camera 2b, it is possible to see the evenness of the motion in the most rapid part: 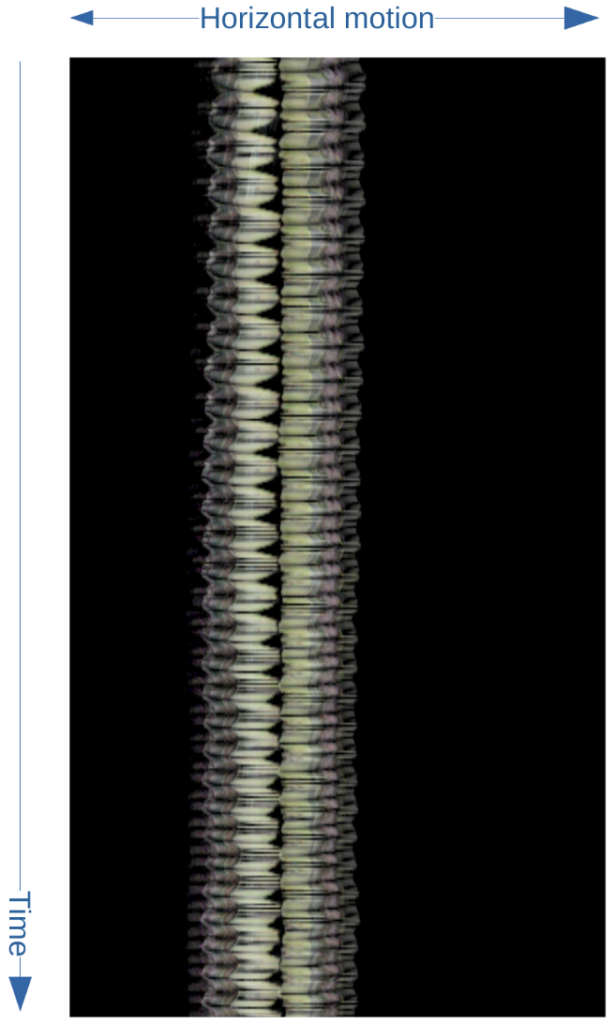 I also find it fascinating to “zoom” in on the part called Camera 2c, which shows the gradual slow-down of motion: 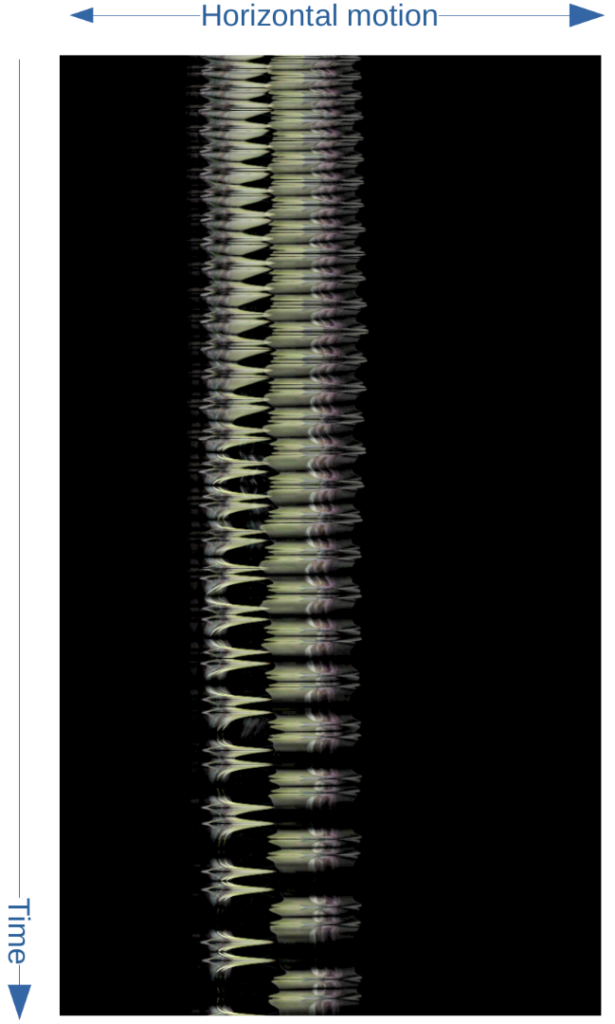 Finally, let us consider the slowest part of the drum roll (Camera 1d): 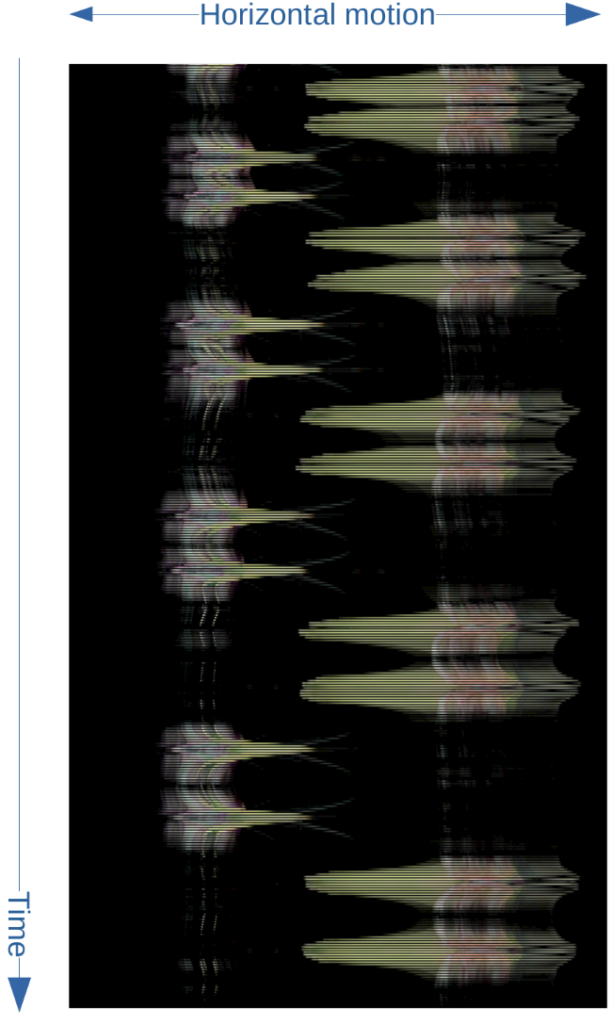 Here it is possible to see the beauty of the double strokes very clearly.