Yesterday I gave a keynote lecture at the Munin Conference on Scholarly Publishing in Tromsø. This is an annual conference that gathers librarians, research administrators and publishers, but also some researchers and students. It is my first time to the conference, and found it to be a very diverse, interesting and welcoming group of people. 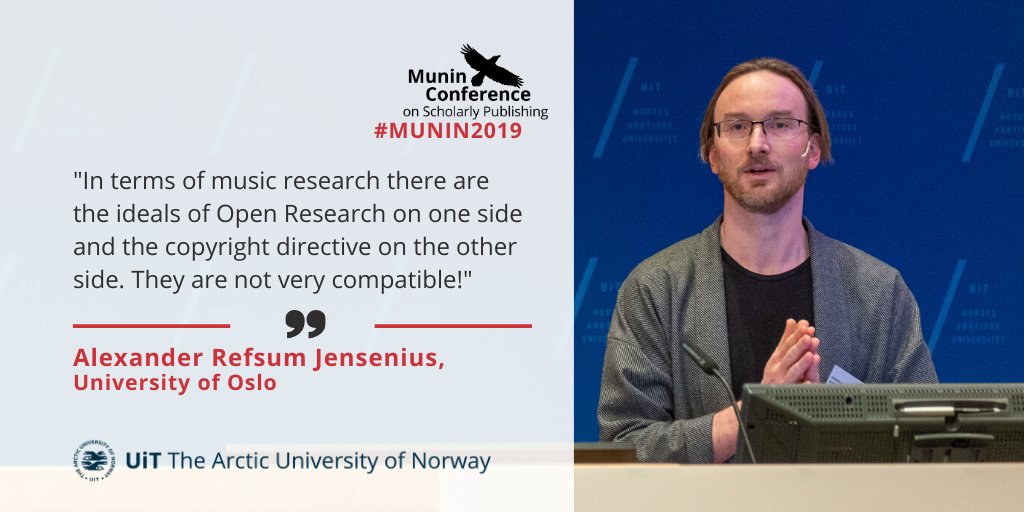 Is it possible to do experimental music research completely openly? And what can we gain by opening up the research process from beginning to end? In the talk I will present MusicLab, an open research project at the University of Oslo. The aim is to explore new methods for conducting research, research communication, and education. Each MusicLab event is organized around a public music performance, during which we collect data from both musicians and audience members. Here we explore different types of sensing systems that work in real-world contexts, such as breathing, heartbeat, muscle tension, or motion. The events also contain an edutainment element through panel discussions as well as “data jockeying” in the form of live data analysis. The collected data is made publicly available, and forms the basis for further analysis and publications after the event. Opening up the research process is conceptually, practically, and technologically challenging for everyone involved. The benefit is that it has helped us solve a number of issues when it comes to GDPR and copyright. It has also pushed our research in directions that we previously had never thought about, and helped us communicate this to new users.

You can watch a recording of the keynote here:

Most of the other presenters talked about issues related to publishing academic texts, and with a particular focus on the transition to open access (OA). My presentation was focused on MusicLab, an open research pilot project we are running at the University of Oslo.

MusicLab is a collaboration between RITMO and the University Library, and it is a great example of how cool things can happen when progressive librarians work together with cutting-edge researchers. If you never heard about it before, here is a 42-second introduction to what MusicLab is all about:

Since lots of people talked about Open Science at the conference, I started out by arguing for why I believe that Open Research is a more inclusive term than Open Science. I then went on to identify some of the parts that people think about when talking about Open Research: 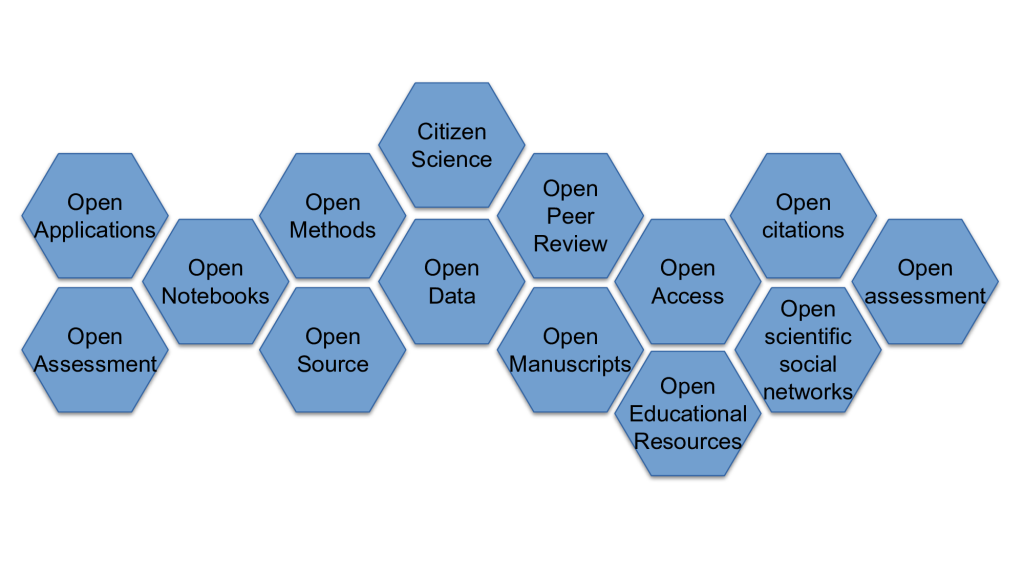 As can be seen from the slide above, Open Access (which should probably be called Open Publication instead, since many people mistake it to mean Open Research) is just one part of the whole picture. In the picture above, I am also thinking about these building blocks as being placed on a “timeline” going from left to right, although there may certainly be recursive parts of the model as well.

As a researcher, the publication part is typically happening fairly late in the process, so I always try to remind people that the actual research happens before it is published. For example, the writing process is also something that should be thought of as open process, I think, I mentioned some of my explorations into using various tools for writing Open Manuscripts:

None of these are perfect, however, and for some upcoming projects I am thinking about exploring Authorea and Jupyter Notebook as writing tools. After my talk I also got a recommendation for Bookdown, which I would like to look more at as well (although I have for a long time avoided getting into R, since I am currently investing some time in moving my code from Matlab to Python).

After the fairly long introduction, I finally got to the main point of the talk, which is that of MusicLab. Here are some of the slides from that part: 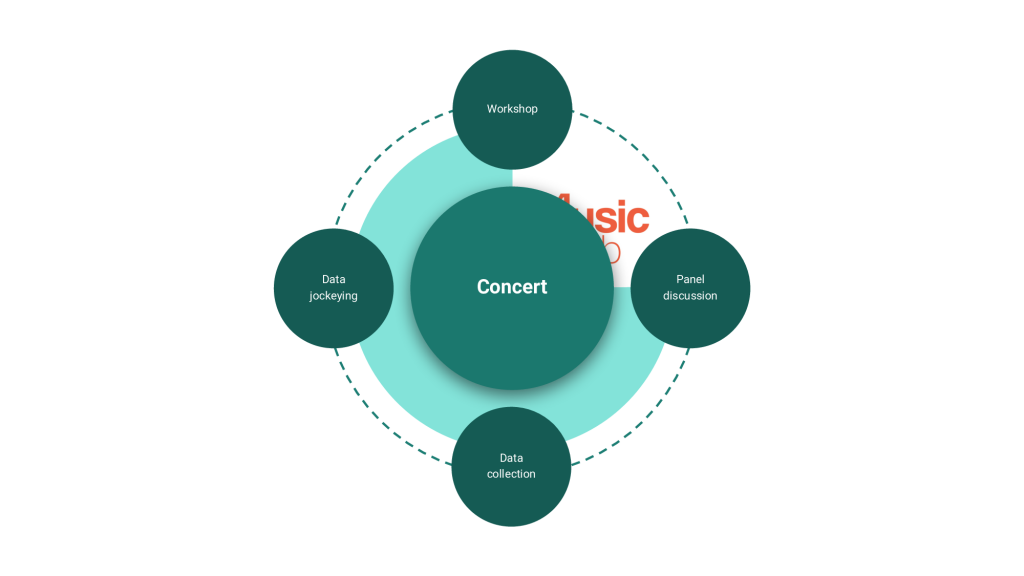 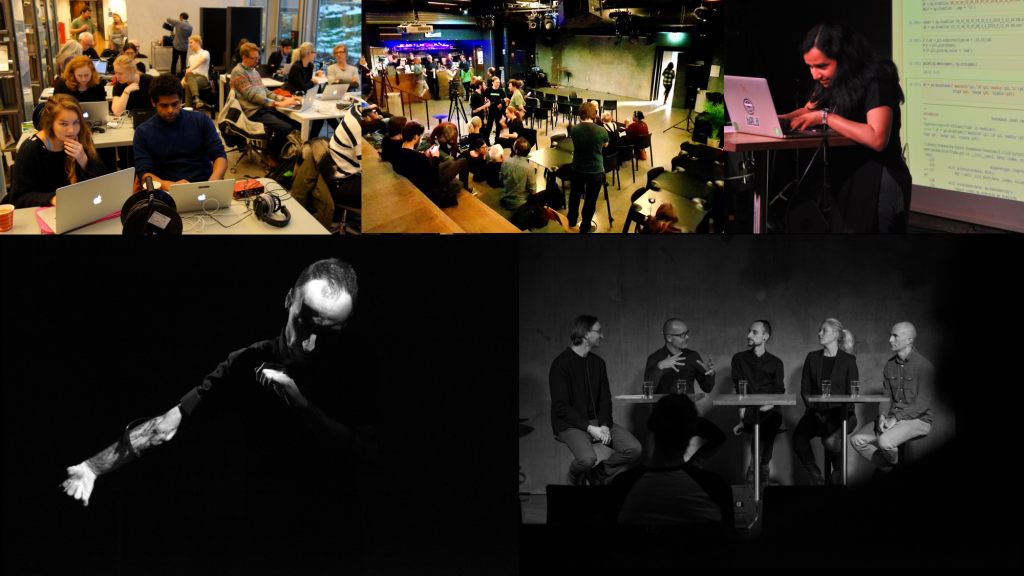 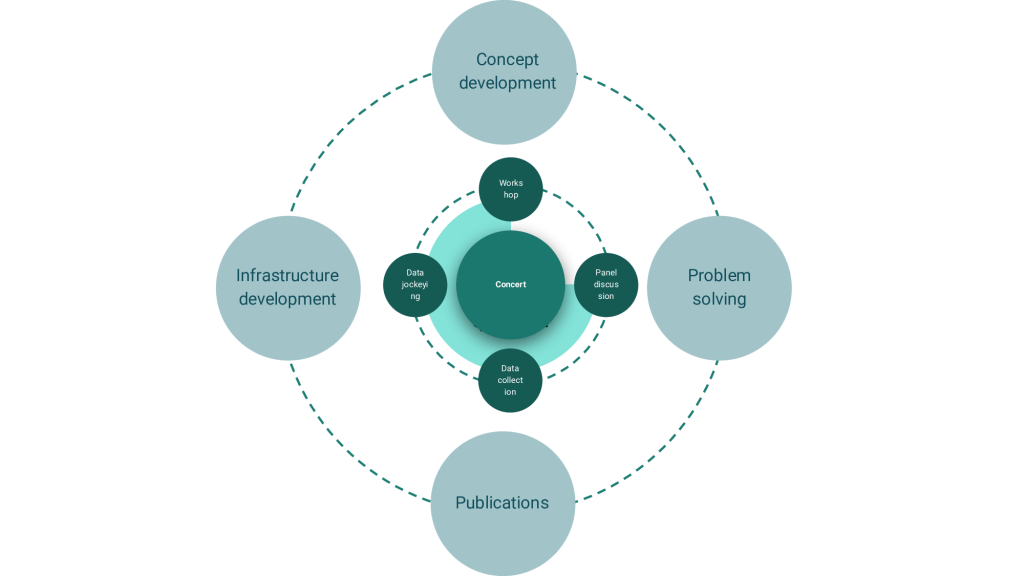 One of the points of MusicLab is to jump in and do something that everyone says is “impossible”… We have of course, have our set of challenges, and particularly related to:

I will write more about all of these later, but here just some slides to summarize some points: 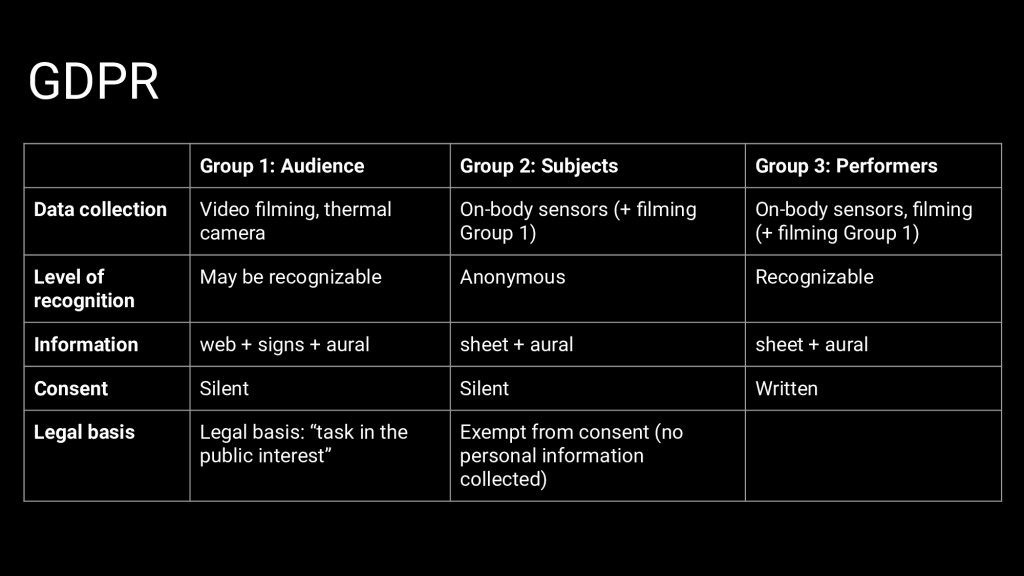 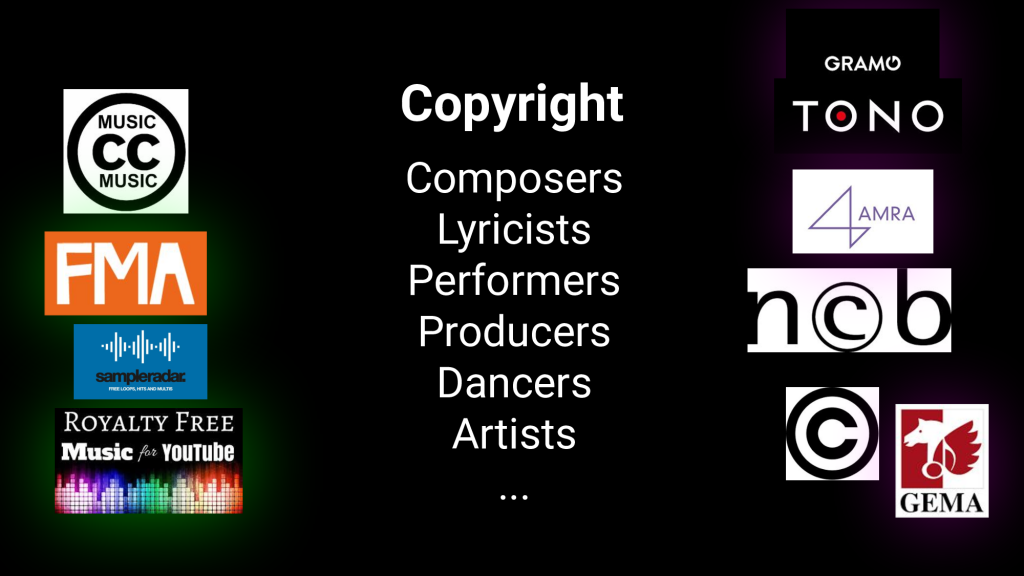 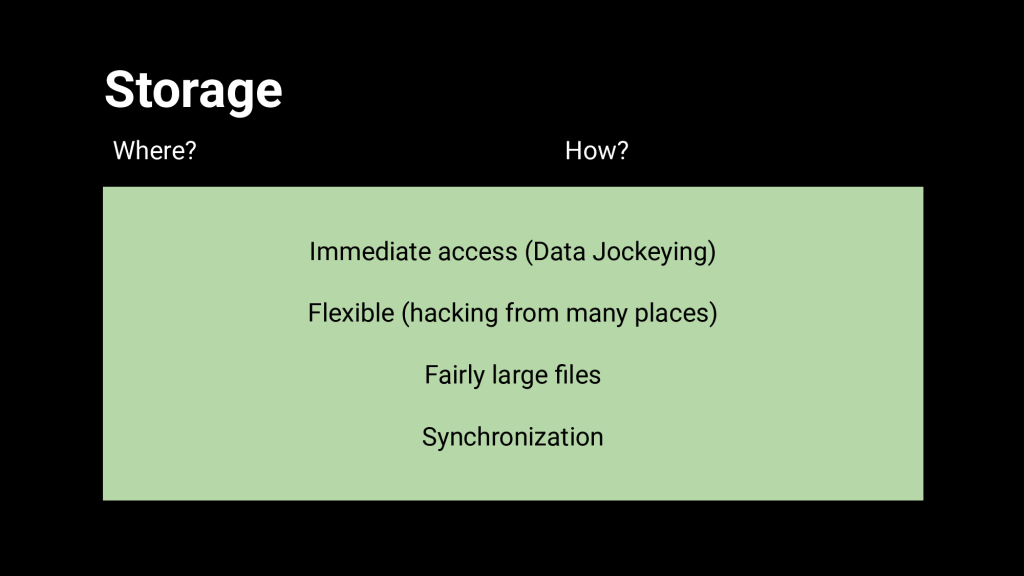 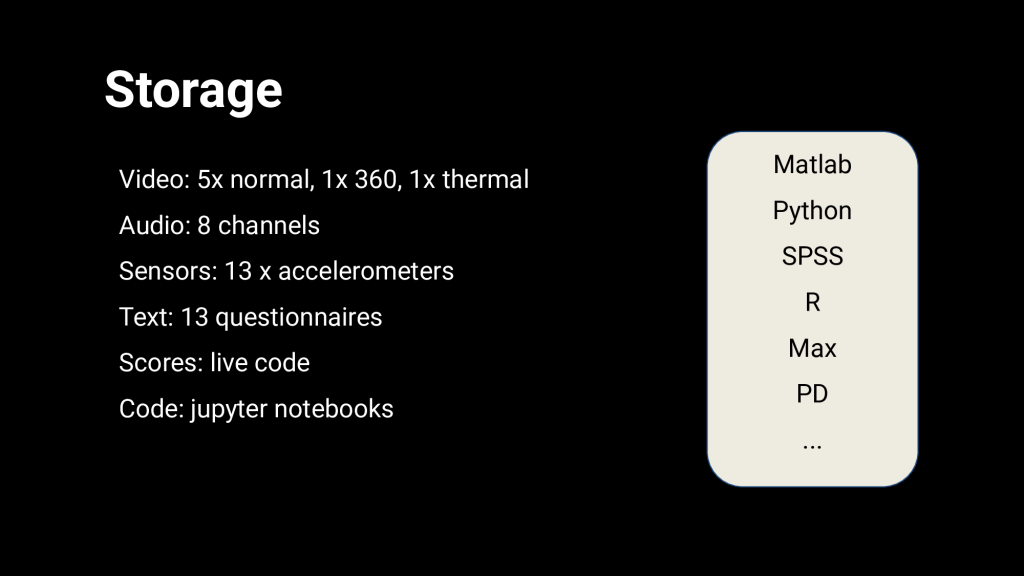 We have more challenges than solutions at the moment. But it is good to see that things are moving in the right direction. The dream scenario would be a combination of the multimedia visualization tools from Repovizz combined with the interconnectivity of Trompa, the CC-spirit of Audio Commons, the versioning of GitHub, the accessibility and community of Wikipedia, and the longterm archiving of Zenodo. While that may sound entirely far-fetched right now, it could be a reality with some more interoperability. 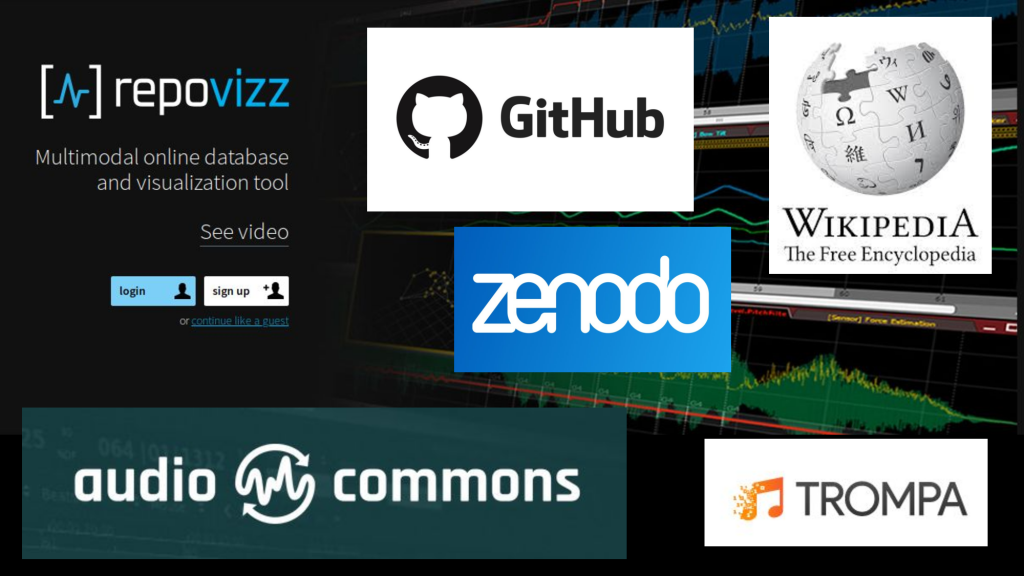 I got lots of interesting feedback after my talk. It was particularly interesting to hear several people commenting on the importance of having more people from the arts and humanities involved in discussions about Open Research. I am happy to be one such voice, and hopefully MusicLab can inspire others to push the boundaries for what is currently possible.