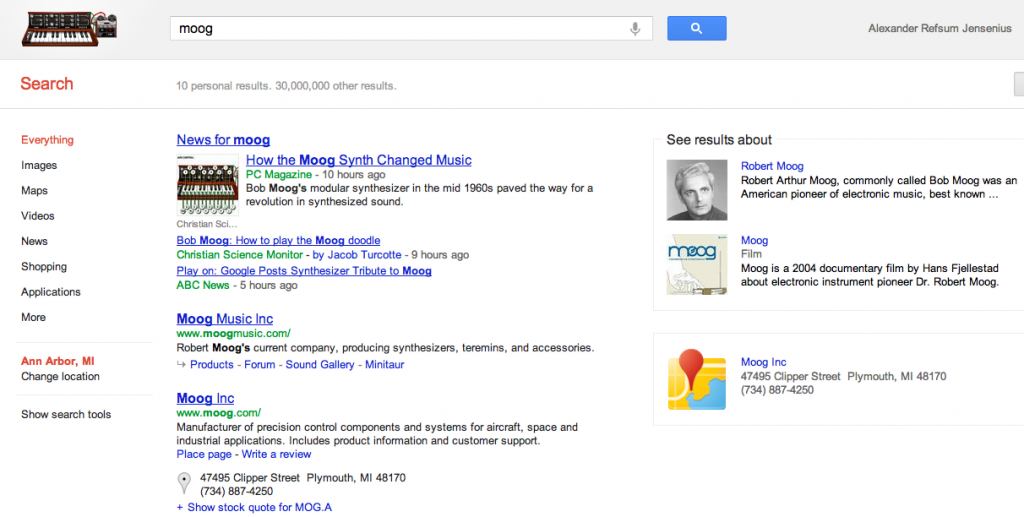 The interesting thing is that Google not only has a picture of a Moog synthesizer, but they also have an interactive model up and running, where it is possible to play on the keyboard and tweak the knobs. The synth draws some CPU, so I had problems grabbing a screencast while playing on it. But it is worth trying out if you read this before it disappears. 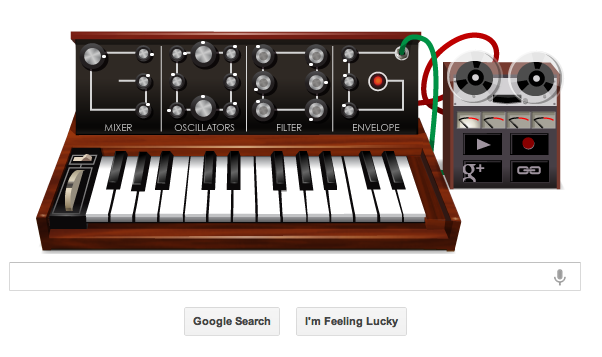