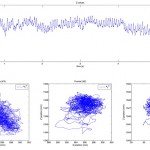 I have been delving into the world of what I have called micromovement recently. At first I did not think much about the word “micromovement” itself, assuming that this was a well-used word for small movements. But since several people have asked me about what I actually mean when talking about micromovements, I have had to think about the meaning of the word itself.

There are two reasons why I think people get confused with the word micromovement: a) the meaning of the prefix “micro”, b) what the “micro” refers to.

If we start with the prefix micro, it comes from the Greek [??????]{lang=“grc” lang=“grc”} ([mikrós]{lang=“grc-Latn” lang=“grc-Latn”}), meaning “small”. So with that definition it should be safe to use micromovement when referring to small movements.

However, I guess some people get confused since micro is often also use quantitatively, e.g. micrometer or microsecond. While the movements I am interesting in are most certainly also at a micrometer/microsecond level, I only have access to measurement systems with millimeter/millisecond resolution. Will it then make more sense to take about millimovement, i.e. movements at the millimetre/millisecond scale?

A quick google search reveals only 210 hits for millimovement, none of which seem to be related to body movement at all. A search for micromovement, on the other hand, gives 104 000 hits, and there are even 5100 hits on google scholar. So for movement it clearly seems that micromovement is an established term in the research literature, at least in medicine and biology.

In technology research, on the other hand, it seems like “micro” is more often used in relation to size. This can easily be seen with the shift from microtechnology to nanotechnology. But then there should also have been periods of  millitechnology or desitechnology, something which does not seem to be the case.

All in all, I think that it should be fine to use micromovement when talking about very small movement, even though it may “only” be at a millimetre/millisecond scale. I would be happy to get examples of other uses, though, and suggestions for alternatives.