While looking for something totally different today, I stumbled upon an old press release about the European Union Contest for Young Scientists 2001. Ten year old press releases are usually not the most exciting to read, but this one brought up many good memories of a very busy week in my life. In 2001 the EU Contest was organized in Bergen, Norway, by a group of people from the Norwegian Association of Young Scientists and the Norwegian Foundation for Youth and Science (now Proscientia). Together with Anders Grønli, and a group of student volunteers, I was heavily involved in all parts of the organization.

Of highlights from the week, I particularly remember the following:

We had sunny weather for the entire week (!), which is quite remarkable when looking at the weather statistics of Bergen (average of 360 mm in September). Unfortunately, most of the time was spent indoors, here setting up for the poster sessions. 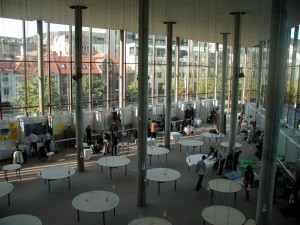 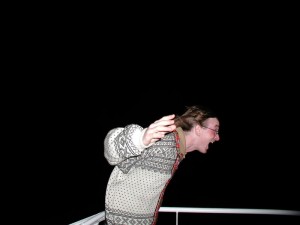 A great prize ceremony in Håkonshallen, with Crown Prince Haakon of Norway and Dr Achilleas Mitsos, Director-General at the European Commission. Here a picture from the banquet. 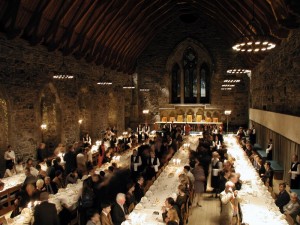 During the award ceremony I was in charge of guiding and controlling the press. Even though we like to think that the EU Contest is an important event, these award ceremonies are usually not visited by very many journalists and photographers. However, since this was the first appearance of the Crown Prince after his wedding, there were lots and lots of journalists and photographers present. Unfortunately, they did not care so much about the prize winners… 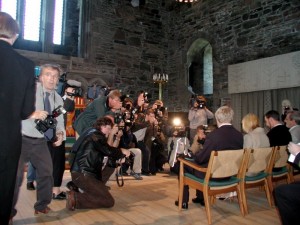 Unfortunately, the web page of the contest seems to be unavailable at the moment, and I cannot find the catalogue online either (I did, however, find a pamphlet). If the page is permanently down, I will upload the old content to my own server. Not that it matters that much any longer, but more for sentimental reasons.