Our new research lab was officially opened yesterday. Director of the Sensing Music-related Actions project Rolf Inge Godøy held a short introduction to the project and to our new research group and lab. 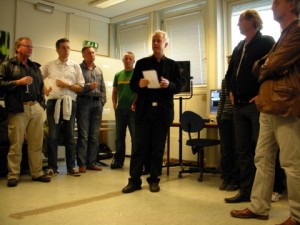 He also announced the new name for our interdisciplinary research group: fourMs - Music, Mind, Motion, Machines. The name has a double meaning in that it refers to the four M’s that we are working on, but it also sounds like forms. The best thing about having a short name is that we can also have a short URL:  fourms.uio.no. There is not so much information there yet, but I will be adding more in the coming weeks. 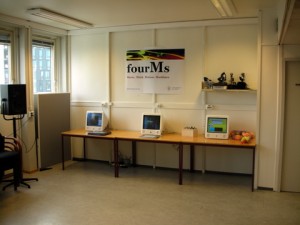 Then the heads of departments of musicology and informatics did the official opening and said a few words. They both underlined the importance of interdisciplinary research, also across the faculty borders. 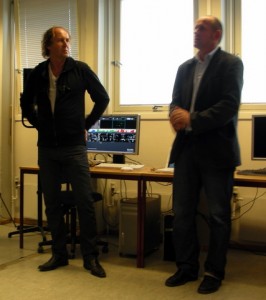 After the official opening, we had prepared various demonstrations around the lab, including the infrared motion capture system from Optitrack. 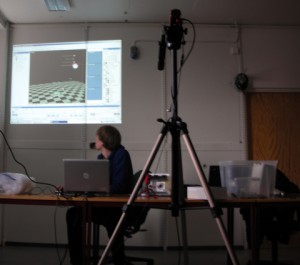 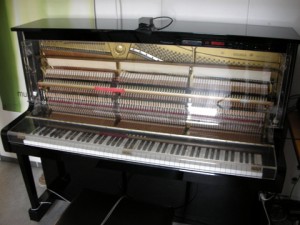 Video analysis was used so people could control sound spatialisation in a small 8 channel speaker setup in the innermost room in the lab. 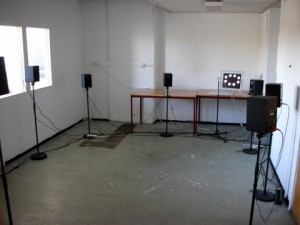 I never got around to set up the giant music ball and the music troll, so they were resting for the occasion, but will hopefully get back to life at some point. 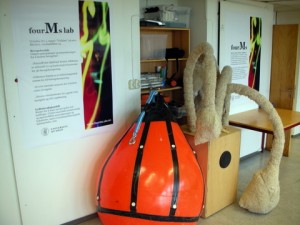