The ideas of nonlinear thinking and writing has developed quickly with the growth of the Internet, but dates back much longer. An encyclopedia or dictionary can for example be considered an example of nonlinear writing, with links and internal references. However, it is quite common to acknowledge the “Garden of forking paths” by Jorge Louis Borges (1941) as the start of modern nonlinear thinking and writing. In this short story he develops a notion of forking time encountering various diverging paths, which again lead to a number of potential futures:

In contrast to Newton and Schopenhauer, your ancestor did not believe in a uniform, absolute time. He believed in an infinite series of times, in a growing, dizzying net of divergent, convergent, and parallel times. This network embraces all possibilities of time. [Borges 1941]

Only some years after Borges published his short story, Vannevar Bush published As we may think, where he explained the problems with an ever-increasing amount of information in society:

The difficulty seems to be, not so much that we publish unduly in view of the extent and variety of present day interests, but rather that publication has been extended far beyond our present ability to make real use of that record. The summation of human experience is being expanded at a prodigious rate, and the means we use for threading through the consequent maze to the momentarily important item is the same we used in the days of square-rigged ships. [Bush 1945]

As a tool in helping to control the information, he suggested the Memex, a machine which could hold all sorts of information and retrieve it at the user’s will. Although mechanical, his ideas were very close to what has later been made possible with the world wide web. 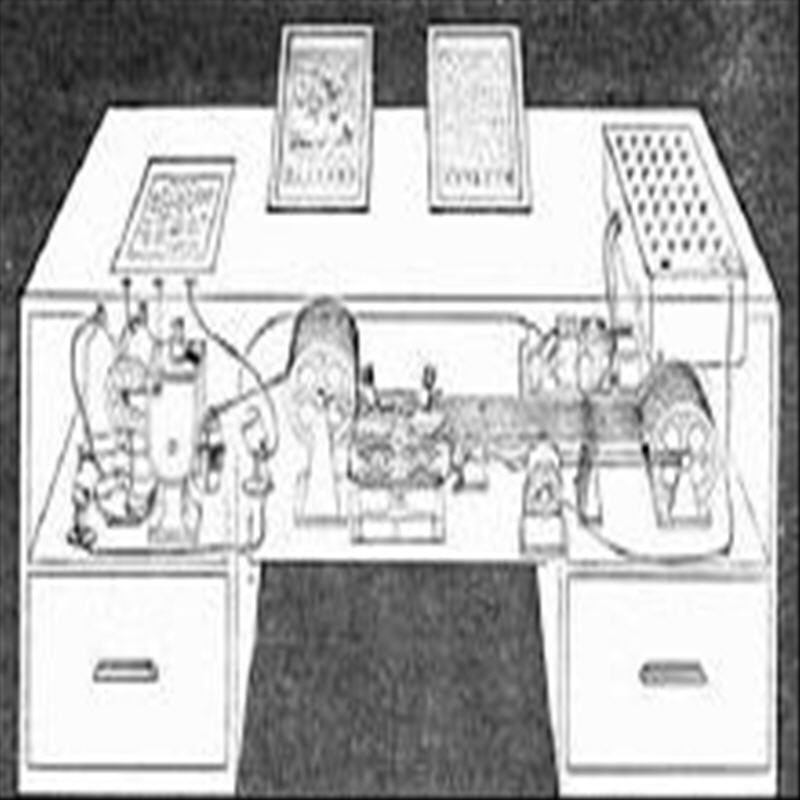 The article of Bush had an important impact on the young Ted Nelson, who later coined the term hypertext in the 1960’s. Hypertext can be thought of as chunks of interconnected text, or as Nelson wrote in 1965:

Let me introduce the word ‘hypertext’ to mean a body of written or pictorial material interconnected in such a complex way that it could not conveniently be presented or represented on paper. [Nelson 1965] 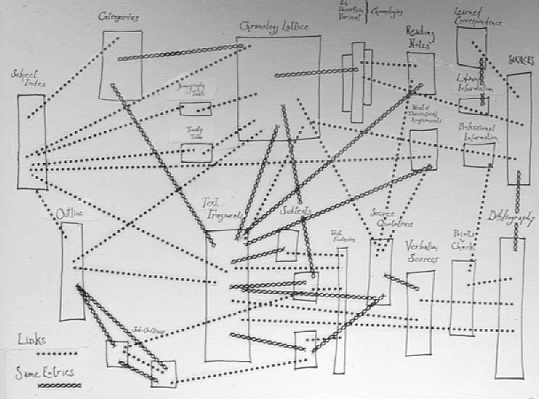 Although books with indexes and cross-references had been around for centuries, Nelson’s idea of direct links which would immediately give access to the adjacent information was a previously untested idea. At the time Nelson suggested this, it was still not possible to achieve this with the computer technology of the day, but has gradually increased as the computers grew more efficient, and particularly with the advent of the world wide web [McKnight, Dillon, and Richardson 1992].

Hyper-media are branching or performing presentations which respond to user actions, systems of prearranged words and pictures (for example) which may be explored freely or queried in stylized ways. They will not be “programmed,” but rather designed, written, drawn and edited, by authors, artists, designers and editors… Like ordinary prose and pictures, they will be media; and because they are in some sense “multi-dimensional,” we may call them hyper-media, following mathematical use of the term “hyper-. [Nelson1970]

Throughout the years, the different hyper-terms (hypertext, hypermedia, hyperlink) has been used in different ways and have also taken on some different meanings than Nelson originally suggested. Wardrip-Fruin (2004) argues that

hypertext began as a term for forms of hypermedia (human-authored media that “branch or perform on request”) that operate textually. This runs counter to definitions of hypertext in the literary community that focus solely on the link. It also runs counter to definitions in the research community that privilege tools for knowledge work over media.

In a comment to Wolf’s polemic presentation of Nelson and his Xanadu project in Wired [WolfWolf1995], Nelson claims that he has been mistaken

My ideas may have been too startling and sweeping for many people, but if my hearers from the sixties and seventies will examine what I actually said, rather than what they thought they heard, I think they will be very surprised. [Nelson 1995]

And Nelson explains why his ideas have always been much larger than what has been implemented in the world wide web:

[Project Xanadu] has always been much more ambitious, proposing an entire form of literature where links do not break as versions change; where documents may be closely compared side by side and closely annotated; where it is possible to see the origins of every quotation; and in which there is a valid copyright system– a literary, legal and business arrangement– for frictionless, non-negotiated quotation at any time and in any amount. The Web trivialized this original Xanadu model, vastly but incorrectly simplifying these problems to a world of fragile ever-breaking one-way links, with no recognition of change or copyright, and no support for multiple versions or principled re-use. Fonts and glitz, rather than content connective structure, prevail. [Nelson 1999]